Once upon a time, my friend and I had a digital ad agency as a client. Although quite competent, the company wasn’t doing anything particularly worthy of publicity, so we decided that the most effective way to generate earned media coverage was to devise a newsworthy research study that would showcase their strengths. It’s an old-school tactic we used to call “research for ink.”

Because the company was heavily involved in designing email content for its clients, we created a survey to determine which factors were most likely to cause recipients to forward an email. This was long before social media, folks, and the only way that things went viral back then was when people forwarded email content to their friends and colleagues. 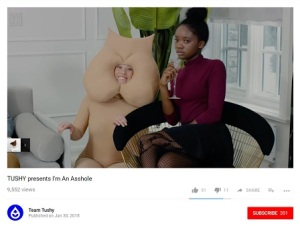 As it turned out, the study found that humor was, by far, the most likely attribute to cause a recipient to share content. And this lesson about the power and value of humor has stuck with me ever since, even though I once had a boss tell me that I needed to be less funny (I was tempted to ask her if there was some sort of professional development course she could send me to, in order to be less funny, but then I realized that was kind of funny as well).

The reason I shared that little story about the power and value of humor will become apparent shortly. But first, another tale. This one is about the time I crashed a LinkedIn discussion. It was one of those ridiculously self-serving LinkedIn discussions that people in my profession tend to have, repeating the same, often obvious points as if they were sharing some truly ground-breaking insight.

Annoyed by this endless stream of experts who were offering up self-serving examples to counter imaginary dissenters, I decided to have a little fun. I pointed out that it was unlikely that stool softeners would receive many likes and shares on social media, as the product carried such a stigma that most people would not be willing to publicly connect themselves with it. And, in hindsight, perhaps I was also trying to make a point about how our profession is so engulfed in trying to sell our advice that we often don’t spend enough time thinking about the quality of that advice.

Anyway, as the mention of stool softeners often does, that seemed to suck the life out of the online discussion. A few people sheepishly conceded that I may indeed have found an exception. Of course, there are countless other examples of things that carry such a stigma, like hemorrhoid medications and Adam Sandler movies, but you get the picture. Some things, it seems, are better left unposted.

But I recently came across a video (below) for a company selling a DIY bidet. As you can see, they have opted to focus on the “back road” as their target application. And like a sudden gush of cold water on my tender undercarriage, I had a eureka moment, realizing that perhaps I was a little too hasty in dismissing stool softeners from the social media party.

I have since learned that Tushy, which is the name of the company that makes this apparently easy-to-install butt rinser, has made quite a splash with its marketing. In addition to excreting one of the funniest promotional videos I have ever seen, it also squeezed out this blog post, which explores the history of derriere dusting. Personally, I have always wondered about such things, much to the displeasure of my history teachers over the years. And now I’ll have an amusing anecdote to share the next time I am eating corn on the cob!

Considering the blog post and the company’s other efforts, this video appears to be part of a carefully crafted digital marketing strategy. Sure, it’s bathroom humor, but we’re talking about a bathroom appliance. It works.

And eventually all this crap got me rethinking my suggestion that some brands are not well-suited for social media engagement. What if a stool softener manufacturer was willing to embrace the humor of its product – taking off the hard edge, if you will? Then there might be some value in generating content and sharing it through the various channels. Perhaps a little animated video about Nick & The Bleedies, a band of aging musicians going through a rough patch on the road to play at some dump in Hershey, PA?

Again, it might be a bit much for some. But, as I noted in a recent post about working with designers, you need to consider the target audience. And remember that content may be king, but the joker is often the key to going viral.